Spider Control at Oakmont Environmental is handled the way we handle pests first with the understanding that insects come from the outdoors and they are not indigenous to your indoors although some spider flourish indoors.

The first step in our pest control program is to Restore the Natural Order making insects want to stay outdoors, where they belong. This is all part of the Green IPM (Integrated Pest Management) approach that we follow at Oakmont Environmental.

Adhering to these strict Green IPM principles is only one way Oakmont serves both Residential and Business customers better. We also try to use as few pesticides as possible. Instead, we use a hybrid blend of organic, synthetic and nutritional products working in harmony with your surroundings to control invasive insect species.

The Oakmont IPM Pest Control program calls for the use of more ABS (Active Baiting Station) technologies instead of just spraying pesticides that can wash down and into our watersheds.

With ABS we place baits around your home or business that insects find delicious to lure away from the places they should not be, like inside your house, landscapes and beds. With ABS, when the insects feed on the bait they will deliver a lethal meal back to their colonies and nests for complete elimination. 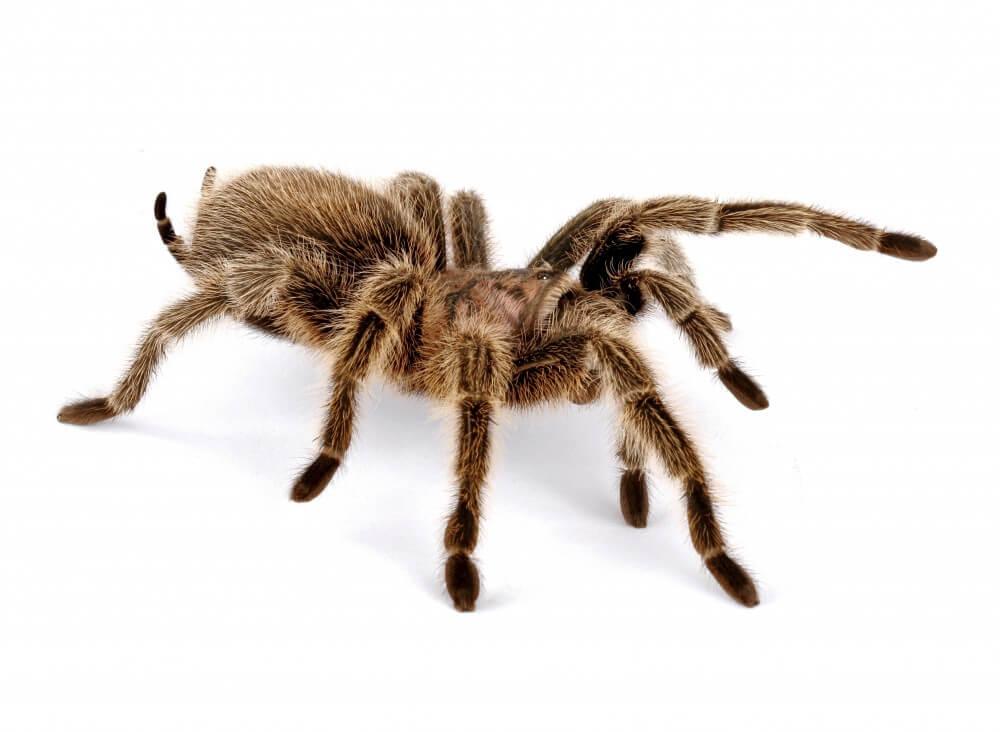 Common NJ Spiders That We Target

Brown recluse spiders are established in 15 states: Alabama, Arkansas, Georgia, Illinois, Indiana, Iowa, Kansas, Kentucky, Louisiana, Mississippi, Missouri, Ohio, Oklahoma, Tennessee, and Texas. In addition, isolated occurrences have been reported in Arizona, California, the District of Columbia, Florida, North Carolina, New Jersey, Pennsylvania, Washington, and Wyoming. Brown recluse spiders are rarely encountered in Pennsylvania, but they may be transported in boxes and similar items from a locale where the spiders normally occur.

The bite of the brown recluse spider is often not immediately painful, although a slight stinging sensation may be felt. This spider’s venom includes a neurotoxic component, but the principal concern is its necrotic or cytotoxic properties, which cause it to destroy the tissue where it is injected. About seven hours after a bite, a small blister-like sore appears that will grow in size. There may be a generalized or systemic body reaction in sensitive individuals.

Symptoms include chills, fever, bloody urine, fatigue, jaundice, pain in the joints, nausea, rash, and in extremely rare cases, convulsions and death. The amount of damage depends on the amount of venom injected. The damaged area may be the size of a dime or as large as 20 centimeters in diameter. Affected tissue becomes gangrenous, turns black, and eventually sloughs off, leaving a depression in the skin. Healing is slow and scar tissue results from the wound. Healing may take six to eight weeks or require up to a year if the wound is large.

These spiders build their webs close to the ground, in grass or other low vegetation, or in abandoned small mammal burrows.The web is permanent, they only leave if they are frequently disturbed. They build a bigger web as they grow.They build a sheet web that has a funnel-shaped retreat for the spider on one side.

The web is not sticky, instead the strands slow down prey that walk into it, as their feet fall through. The spider can walk on top of it, so darts out of his funnel to grab and bite.

These spiders eat mainly flying insects that wander into their webs.Funnel-web spiders hide in their funnel. The funnel is open at both ends, so this spider can run away if attacked. Large Funnel-web spiders can bite people although their bites are not generally very harmful.

Stealthy ground spiders are a family of hunting spiders that spin silken retreats in leaves and under boards and stones to hide in during the day; they hunt at night. There are seventeen genera in the United States. The most commonly encountered of these is the parson spider, which enters structures in the fall to seek a hibernation site for the winter.

During the day, parson spiders hide in a silken retreat in rolled leaves, under bark, stones, or debris, and in similar locations in wooded areas. At night they hunt for prey and can move very fast.

These spiders will run in a zigzag fashion to evade predators; for this reason, they are hard to capture when seen in homes. Females deposit a white egg sac during the fall under the bark of trees and logs. They will also hibernate in these locations and protect the sac from predation.

Achaearanea tepidariorum or House Spider is a cosmopolitan spider that is widely distributed throughout most of the world. It is extremely common in barns and houses, where it constructs webs in the corners of walls, floor joists, and windows. The common house spider may also be found outside under objects such as rocks and boards, as well as beneath bridges and similar structures.

In homes, it is most often encountered in damp areas such as basements and crawl spaces. Because this spider frequently abandons its web to build a new one nearby, it can produce many webs in a short period of time. This behavior causes homeowners much grief.

Males and females can be found at anytime of year, and there are reports of the spiders living for a year or more after maturing. The male and female will coexist in the web and mate repeatedly. The egg sacs are brown and ovoid with tough, papery covers and can be 6 to 9 millimeters in diameter. A female may deposit 12 or more egg sacs over her lifetime, each containing 140 to 380 eggs.

The jumping spiders, as a rule, are relatively small, compact hunting spiders. They have very good eyesight and can pounce on their victims from a great distance.

Spiders in the genus Phidippus are the largest-bodied of the Salticids. Phidippus audax, the most commonly encountered jumping spider in and around Pennsylvania homes, is found from Canada and the Atlantic Coast states west to California.

These spiders overwinter as nearly mature, or penultimate, individuals. In April or May, they finish maturing and mate, with eggs being deposited in June and July. The P. audax female suspends her eggs in a silken sheet within her retreat.

In contrast to many other hunting spiders, jumping spiders require daylight to hunt their prey. They can be found on windowsills, tree trunks, and deck railings; under stones; and in other locations during daylight hours.

The genus Hogna contains numerous species and includes some of the biggest wolf spiders in our area. Two notable species, H. carolinensis and H. aspersa, are among the largest and most commonly encountered in New Jersey homes.

Both of these spiders are found in similar habitats and have similar habits. Hogna spiders build retreats (holes or tunnels) in the soil; under and between boards, stones, and firewood; under siding; and in similar protected areas. They are hunting spiders and only come out of hiding during the night to look for prey. Mating occurs in the autumn, and the males die before the onset of winter.

The females may live for several years beyond the year in which they reach maturity. It is common to find the females carrying their young spiderlings on their backs during the summer months.

Sac spiders can be found walking about on foliage; under leaf litter, stones, and boards; on buildings under the windowsills and siding; and in the corners of walls and ceilings within homes. C. inclusum is indigenous to much of the United States (except the northernmost states), while C. mildei, an introduced species from Europe, was found throughout much of the Northeast as of 1978. It is likely that C. mildei has substantially increased its range since that time.

These two spiders probably account for a significant number of human bites. People usually incur C. inclusum bites outdoors while gardening in the summer. C. mildei will readily bite, despite their small size, and they have been observed crawling across the human skin surface and biting without provocation.

Although most of these bites are painful at the outset, they normally do not result in any serious medical conditions. For C. inclusum victims and some individuals sensitive to C. mildei, the bites will exhibit the symptoms described below.

The bite is usually very painful and burning at the outset, with developing erythema, edema, and intense itching. The burning sensation associated with the bite will last for an hour or more, and a rash and blistering will occur during the next ten hours.

Some patients may exhibit systemic reactions with fever, malaise, muscle cramps, and nausea. Although there is evidence that guinea pigs and rabbits develop necrotic lesions after bites from Cheiracanthium species, the evidence for a similar reaction in humans is unclear.